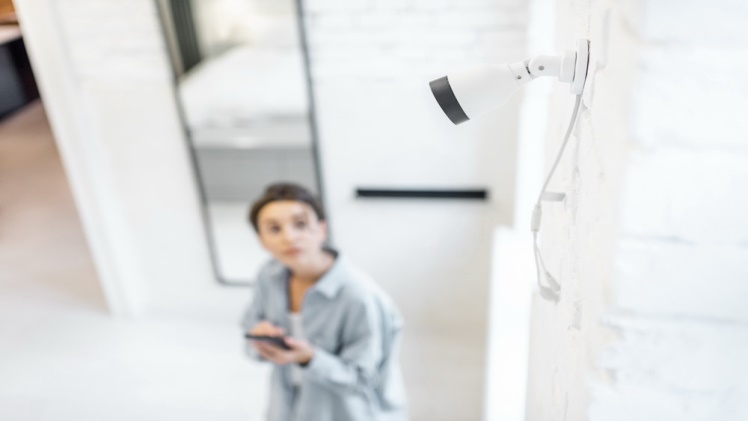 It has been suggested by more than one home security company that monitored alarm systems prevent crime by deterring burglars and other criminals. Taking things one step further, it has also been suggested that video surveillance cameras increase the deterrent effect already built in to home security. But is this effect real? And if so, why?

For starters, numerous studies have shown that burglars tend to avoid homes equipped with monitored home security systems. One particular study done by the University of North Carolina surveyed convicted burglars doing time. The majority of them said they would avoid homes with security cameras and alarm systems.

The first thing video surveillance cameras do in terms of home security is alert homeowners that burglars, porch pirates, etc. are on the property. In the case of a DIY security system, said alerts go to the homeowner’s smartphone or email. In the case of a professionally installed and monitored system, the monitoring provider is alerted. It is then their responsibility to contact the homeowner.

An alert causes the homeowner or monitoring company to spring into action. That means a quick phone call to the police. From the burglar’s perspective, it means less time to get in and get out. Burglars do not necessarily like to work under that kind of pressure. They want to get in and out without being noticed.

Next up, burglars are smart enough to know that video surveillance cameras create evidence. The evidence can be used by investigators to track them down in anticipation of an arrest. The same evidence could be used in court to obtain a conviction. Why would burglars want to subject themselves to that sort of thing? There are far too many houses that are not protected by video surveillance cameras and monitored alarms.

Along these same lines, one of the nation’s leading home security providers has come up with some unique technology that makes their video cameras even more effective at deterrence. Vivint refers to it as Smart Deter Technology. In simple terms, some of their video cameras are equipped with AI-controlled lights and audio alarms that warn intruders they are being surveilled.

Remember that burglars want to get in and out without being noticed. Having a camera alert them to the fact that they are being surveilled will usually send them packing in short order.

Study data is pretty clear about the fact that criminals are deterred by home security systems and surveillance cameras. But there is another factor to consider: camera replacement. It is key to maximizing the deterrent effect. Properly placed cameras do the job well. Improperly placed cameras may lose some of their effectiveness.

Jacob
Previous articleChoosing The Right Storage Unit Size: What You Need To Know
Next articleHow Does Overdraft Protection Work with Personal Online Banking?

Getting Ready for Bathroom Tile Renovation

A Comprehensive Guide to Choose Kitchen Cabinet Handles and Finishes