Bone Thugs-n-Harmony Are an Authentic Group: Here’s Why 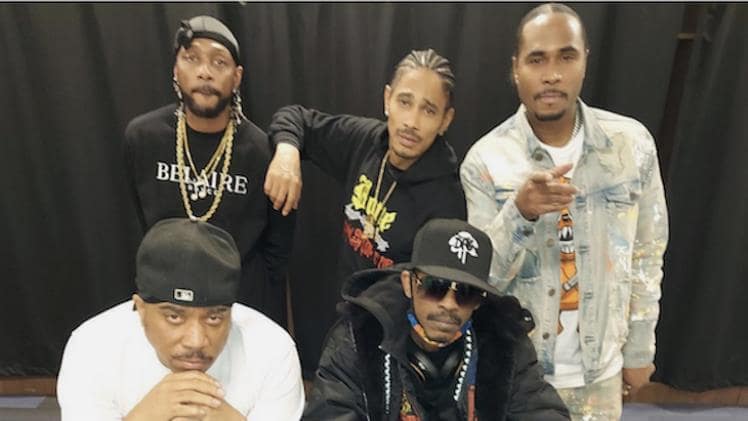 Bone Thugs began their musical journey in 1991 as a Cleveland hip-hop band that emerged into the rap culture with a mix of beats that took many hip-hop lovers by surprise.

What Carlos Santana is in the world of rock music, that’s what Bone Thugs are in rap; they became famous and sold more than 50 million records worldwide while staying true to their musical roots.

The best thing about going to a Bone Thugs n Harmony concert nowadays is that the group is back in full force and touring. Krayzie and Wish Bone indeed left the group before, but that’s all in the past. Actually, Bone Thugs are touring right now all over the USA, and they also have live shows together with Ice Cube and Cypress Hill.

If you like this group or rap music, now is the time to buy Bone Thugs tickets and enjoy their energetic live performances.

Still, what makes Bone Thugs n Harmony authentic and really different from many other hip-hop performers?

That’s why we are here, so let’s find out!

Made It Big, But Still Respect Their Roots

One of the crucial things that makes Bone Thugs an authentic group is that Bone made it big in a commercial sense, but they stayed true to their musical roots and still respect where they come from.

This aspect is something that we don’t see extremely often in the music business, especially not in the hip-hop world, but that’s why Bone Thugs are different.

Various hip-hop performers and musicians from other genres as well often change their musical genre, style, and everything else once they make a mega-hit and millions of dollars. Many of them even change their whole attitude toward their career once they become popular and forget why they became popular in the first place.

Bone Thugs n Harmony avoided becoming commercialized and continued to follow their underground style every step of the way, which is not easy in today’s music business if you want to stay at the top. It may be great to listen to music on headphones when it comes to Bone Thugs, but buying tickets and seeing them live is much better.

Bone Thugs Have Collaborations With Many Legends

One of the most interesting facts about Bone Thugs n Harmony is that they have collaborations with many top-rated musical legends.

It’s even unrealistic with how many legendary rappers Bone Thugs have made a song with, but it’s even more fascinating that they are the only band that collaborated with Tupac, Eazy-E, Notorious B.I.G., and Big Pun. Unfortunately, these four rappers passed away, but the bright side is that Bone Thugs had the privilege to collaborate with these musical legends.

Furthermore, Bone Thugs also have other great collaborations with various performers such as Mariah Carey – yes, you read that right – The Game, Akon, will.i.am., Machine Gun Kelly, and many others.

Mariah Carey and Bone Thugs n Harmony performing together sounds untrue, but hey, that’s why this group is so authentic.

This group loves to experiment with artists of different music styles, and they love to express themselves regardless of what others think. At the end of the day, that’s the real hip-hop attitude, do what you love and don’t listen to others.

Also, Bone Thugs’ members have exciting collaborations as solo artists. For example, Layzie created some songs with Busta Rhymes, Young Noble, and Snoop Dogg, among others.

They Didn’t Give Up and Stayed Persistent

As mentioned, many famous worldwide artists rely on old popular songs and stop creating new tracks after they become highly successful. A lot of musicians stop working in the recording studio or start making only compilation albums of their previous biggest hits. In fact, some singers even stop their careers and have difficulties coming back to the top.

On the other hand, Bone Thugs n Harmony didn’t give up and stayed persistent by releasing new studio albums continuously. Of course, no one can release an album every single year, but they tend to release new music almost every two to three years while keeping their sound authentic. They have released 11 albums, 23 singles, 23 music videos, 3 mixtapes, 2 EPs, and 4 compilations.

There were rumors of making new music once again, but whether it’s true or not, they already have enough songs to go on tours and still make electrifying performances.

It’s evident why Bone Thugs n Harmony is an authentic hip-hop group. Therefore, the one thing you have to do is to buy Bone Thugs tickets and see their authenticity for yourself by attending one of their live performances.

And don’t worry, even if you don’t know any of their songs, you’ll still have a lot of fun while dancing with your best friends!

Viewster Deal With Panasonic Brings Its VoD Service Back

Buying Art At The Auction: 4 Reasons Why