8 must see monuments in France 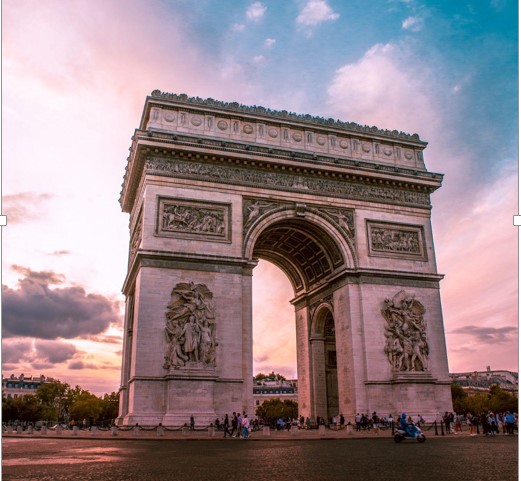 You can spend a lifetime exploring France and still not see all of its beautiful attractions. From Notre Dame to the Eiffel Tower, the country is full of iconic monuments and sights. Here are eight must-see monuments you need to explore when you visit France.

Built for the 1889 World’s Fair, the Eiffel Tower was originally loathed by critics. Over time, the 320-metre-high landmark became loved and a fixture in the city’s skyline. Visitors can appreciate panoramic views on three levels, and even dine at the Michelin-starred Le Jules Verne restaurant on the second level.

Ornate and majestic, the Château de Versailles is a symbol of the opulence of the French monarchy before its fall during the French Revolution. The UNESCO World Heritage Site was originally a hunting lodge before it was transformed in the 17th century into a palace. Visitors can admire baroque interiors, including the famous Hall of Mirrors.
Read more:  uwatchfree sw

One of the world’s largest museums, The Louvre has more than 35,000 artefacts. From treasures of ancient Egypt and Greece to masterpieces of art up until the 19th century, the collection includes the world-famous Mona Lisa. Outside, visitors can also admire the modern Louvre pyramid that forms the museum’s main entrance.

An ancient Roman bridge and aqueduct, Pont du Gard is one of the most famous attractions in southern France. Built in the first century, the structure crosses the River Gardon. A UNESCO World Heritage Site, it was part of a network of structures covering 50 kilometers that brought water to Nimes.

The Loire valley in central France is dotted with striking chateaux. The Château de Chambord is one of the best examples of renaissance architecture in France. Construction on the palace started in 1519, and it features 440 rooms. The French Revolution meant the chateau was never completed, although it is still one of France’s most popular attractions.

Commissioned by Napoleon in 1806, the Arc de Triomphe commemorates France’s war dead. It was completed in 1836 and now stands as one of the most recognizable monuments in Paris. After visiting the monument, you can walk down the Champs-Élysées – one of France’s most popular shopping destinations.

While not a man-made monument, Mont Blanc is perhaps the most famous natural monument in France. The highest mountain peak in Europe, it rises 4,810 meters and is always covered with snow. Nearby are popular ski resorts and picturesque alpine villages like Chamonix, host of the first Winter Olympics in 1924.

After your visit, remember your holiday with a special gift like a France or Paris map poster from Mapiful. See more inspiration here for unique, customizable and original souvenirs.
Read more: hammer drill chisel

Jacob
Previous articleHow Do You Bet on UFABET?
Next article10 Tips to Increase Your Online Advertising and Google Ads