5 Important Questions on a Puppy’s Exposure to Toxic Algae 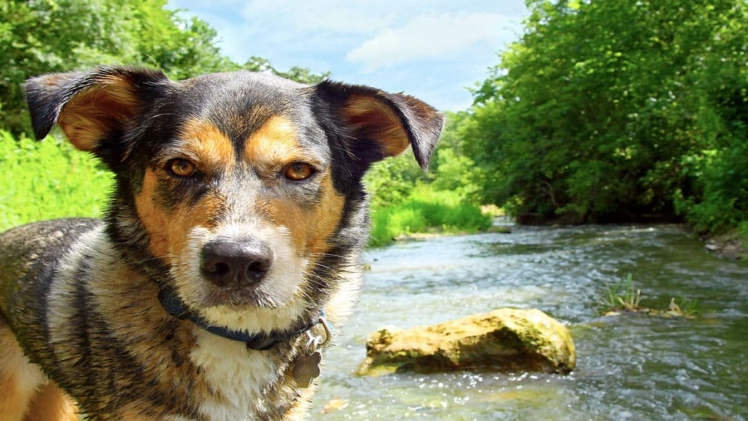 If you are a puppy parent and your pet pooch is a swimmer, you can have a quick but careful look at this article.

During specific environmental conditions (also, on hot summer days), one can notice vast stretches of bluish green algal blooms in freshwater bodies that can produce dangerous toxins. Some of these toxins pose a life threat to people and animals alike.

In case of an emergency like this, puppy parents can dial up the pet poison helpline in NZ or contact their vet to seek valuable advice and rapid assistance. Instead of focussing on the financials involved in getting a puppy cured, puppy owners can concentrate on having their fur baby treated with the help of dog insurance NZ.

Even cheap pup insurance covers a doggo for medical care during accidents, injuries, health emergencies, and more. So, puppy owners who don’t have a pet policy already should reflect on purchasing one. In the meantime, they can read this article for answers to some important questions concerning a dog’s exposure to toxic algae.

1. Are all algae species toxic to puppies?

Not all algal species harm a puppy’s health. However, some types of “Cyanobacteria”, also known as “Blue-green algae” or “Phytoplanktons”, can be toxic to puppies. Some of the most common types of cyanobacteria causing toxic blooms in freshwater are –

These bacteria produce toxic substances known as “Cyanotoxins”. Microcystins and anatoxins are two toxins that can have a deadly impact on dogs.

They generally appear in terrestrial or freshwater environments. It is easy to spot algal blooms as they form thin oily type films or dense mats over large water surface areas. Hot weather, water-animal wastes, and fertilizer runoff from the fields promote algal development. Once the algae bloom, it will release potential neurotoxins into the water body.

3. What to do if the puppy is exposed to algae?

Most cyanobacterial blooms don’t produce poisons. However, it is difficult to determine whether or not the puppy was exposed to toxic materials without a diagnosis. Plus, even little consumption of contaminated water can prove fatal to a puppy, which is why it is best to take them to the vet if the little pupper has gulped down a few mouthfuls of potentially toxic liquid.

4. Where can a puppy be exposed to algae?

Puppies most likely come in contact with blue-green algae in ponds, lakes, stagnant water, abandoned swimming pools, water pools formed because of seasonal floods, irrigation water, etc. The water in such places most likely looks bluish or greenish, has an oily sheen, or appears matted. Many healthy water bodies look the same as contaminated water, which is why it can be hard to tell the difference.

5. How can a puppy get poisoned due to algae?

Puppies can end up with algae poisoning if they drink contaminated water directly from ponds/pools, lick their wet fur after a swimming session, or are showered by a water spray when another pup shakes off the excess post swimming.

Pet community groups, veterinarians, animal rescue squads, environmentalists, animal well-wishers, etc., have been warning pet parents, as always, about the dangers of exposing pets to some algal species found in freshwater. While pet parents can take precautions by minimizing their fur baby’s exposure, sometimes pet poisoning happens unexpectedly, like when a puppy sips from standing water in the park or elsewhere.

Best Places to See the Leaves This Fall